During our two month sabbatical in Spain, we stayed in the small coastal city of Vinaròs, where it’s Mediterranean coastline is speckled with beaches. Because we arrived at the end of March the beaches were empty. Storms were frequent so we saw lots of thrashing waves changing the shape of the pebble beaches each day.

When early April arrived the temperature was much warmer, nearly reaching 20 degrees. By Auckland standards, that means the ocean is swimmable, so I attempted my first dip. The water was icy! I lasted barely a minute dunking my head in, only by force of habit, and then stumbled out awkwardly because I had barefoot on the stoney, pebbly beach.

It wasn’t until early May that I saw hope of longer swims. I would warm up on the walk to the beach, acclimatise my feet in the icy water and then dive in, only to return a few minutes later. There was one day when Ajay, in disbelief, said to me “I don’t know you anymore” because I entered the sea up to my thighs and then retreated back to the safety of the sun baked pebbles. It was the first time I had entered the water and not dunked myself fully.

After watching Leo De Caprio’s documentary on the global climate crisis, I assumed it was because those massive ice sheets melting in Greenland had found there way to the Mediterranean. Many of the locals said that when they looked at old photos, lots of people would be swimming by April. It was mid May and no-one else was in the water.

To be fair there were frequent storms. We were having blue skies in the morning and by 2pm the wind would pick up and the waves would crash on the shore. We had three weeks left in Spain and I was becoming acutely aware of how much I wanted to be swimming in the sea.

Suddenly the weather changed. We had non-stop blue skies all day. It was hot and the temperature was over twenty degrees. This was what I had been waiting for. I would jump in that water no matter what! We began to see a few people here and there, coming in pairs or by themselves, to the beach. I thought it was a good sign that swimming would soon follow. Instead, they came with their beach chairs and planted themselves in the sun to bake for hours at a time.

Now, I had heard that the French, Spanish and Germans are very comfortable being topless on their beaches but was yet to witness it myself. It’s a very different experience when you see what being topless means in Spain, compared to what we Kiwis might imagine it to be. In a country like NZ, where a woman could be fined for indecent exposure, it conjures up images of the odd daring woman, who’s super hot, that has decided to sunbathe topless on a quiet beach. Fortunately we have many quiet beaches on offer.

There are two words in there that I’d like you to be aware of: daring and hot. Two misconceptions about what it takes to be topless on a beach in Spain. So, to explain this, I’ll also explain why I love being topless on the beaches of Vinaròs.

Do You Have To Be Daring And Hot To Sunbathe Topless?

Many of you woman, may have wished to have more freedom with your body. Being able to freely lie around on the beach – in the shade of course, because we are so conscious of getting skin cancer – is something we only dream of. But we worry about perverts and gawkers and shocked mamas that don’t agree with the liberal thinking of these Western Europeans. And so, not wanting to suffer the shame of being discriminated against, we know that we would have to be very daring to do such a thing in NZ (ignoring the fact that it’s illegal in public). Hence why you would have to be daring to do this in NZ. But not in Spain.

It’s Legal To Be Naked

That’s right! In Spain, it is legal to be naked – anywhere. Not that people do it, but it means they are more liberal about where and when you can be topless. Beaches are absolutely normal for being topless, and so you’ll see many women sunbathing on the beach topless. Mamas will sunbathe topless with their children playing nearby. There is no shame in it. It is completely normalised. This normalisation of having topless women on the beach, takes away a lot of the perversion and gawking associated with beach bodies in other parts of the world.

The second issue is that there is a misconception that you have to be hot to be topless on a beach. You’d have to have the perfect body. This is one of the beauties about the Spanish culture. By allowing everyone to be topless, it creates a culture of anyone being topless. Old and young alike, fat and thin too, lie on the same beach and bake while young children play. It’s natural for all to enjoy the beach the way they prefer to.

If you haven’t seen the awesomeness of this then allow me to enlighten you. When all shapes and sizes are on the beach, pretty much naked, you get to see REAL bodies. Bodies like mine and yours. Bodies that are not photoshopped or gymned for four hours a day or pampered and puffed into immense artificiality. These bodies are so ordinary that you become desensitised to what media tells us is hot and what media tells us is not. You lose the fake images of beach-bikini-ready bodies that are portrayed on your social media feed and see what a real bikini-ready-body looks like. It looks like you and me.

I’m saying that these women lying around on the beach, fat and slim and wrinkly and fit and flabby and young and stretch marked are

I can’t emphasise this enough. These women are in their natural form, relaxing on the beach, on their own, or with their partner, or with their family, and they radiate beauty.

It really proved my theory about how brain washed we are when we engross ourselves in the artificial world of magazines, TV, movies, social media, music videos, ads – it’s everywhere! When we actually look around at each other and allow everyone to be themselves, not pressuring anyone to look slimmer or look younger, but to feel healthier and to feel youthful and feel joyous. Then we can all benefit. Because, being topless in Spain, has made me realise how important it is for all my beautiful sisters, cousins and friends to feel good rather than look good. How important for us it is to quit with the obsession of the superficial. Instead focus on what actually feels joyous. It’s a much happier place to be.

How To Be Comfortable Being Topless

So my recommendation is to switch off from all and any media that makes you feel like you’re not hot, or that you don’t have the right look. Better yet, go to remote parts of Spain, during summer, when the locals come out to play and experience being Topless in Spain for yourself. Learn to recognise the beauty in each body. Learn to recognise the beauty in each part of your own body.

I was blessed with some prettiness as a youth. But early on I felt the pressure of needing to live up to Auckland society’s rigid standards of what the corporate or beach or home “look” is. It was my boyfriend that explained to me that on any given day you will never be this young again so enjoy your body now. This was gold to me as my hairs greyed and my tyre grew. It helped me to realise that each day, even as I age, I would only ever be this young and this beautiful. I began celebrating my body. I became grateful for whatever beauty I had. I became grateful for my slim body with the podgy belly.

As I age and gain more wrinkles and lots of greys, I became more grateful for how healthy my body is, how well my feet carry me, how strong my arms are to be able to carry my children. I rejoice in how I can easily do yoga poses and how my joints feel healthy when I need to dart after a running two year old. I lie on my back grateful that it bends so well. I stretch up to the sky grateful that my body has great mobility. I eat fruit knowing that my body thrives on it. When I sprain my ankles I think about how great it is to have two working ankles and how blessed I am that my ankles heal so quickly if one sprains. That doesn’t mean I don’t eat crap or have a big belly or flabby bits but they are far less noticeable in the glory that is my body, with all it’s dents and faults and imperfections and non-glamorous parts.

Perhaps that’s why it was so easy to go topless in Spain amongst the Spaniards who already live a life enjoying their body rather than resenting it for not being perfect.

My point is that you begin loving your body for what it is, you’ll love being more free with your body. You’ll be comfortable on the beach in your bikini and you’ll feel hot which is far more important than looking hot.

Stay focused on how you feel in your body and about your body. Life will transform before your eyes. 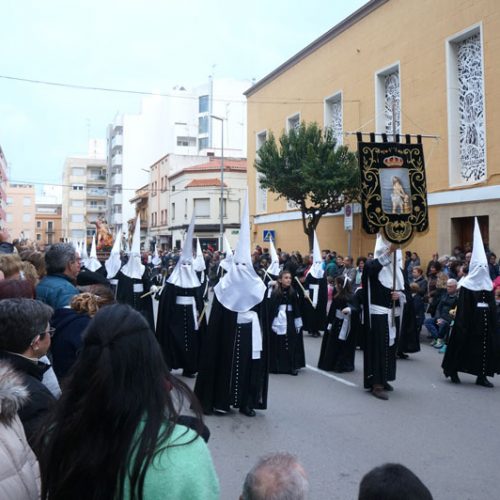 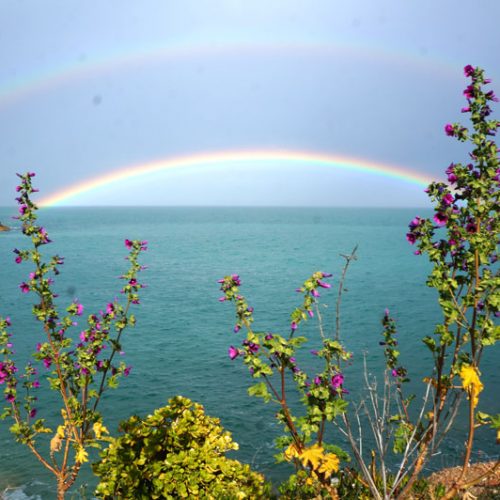