One thing we noticed acutely in Costa Rica was how inspirational each environment was. Depending on the spaces for relaxation we were moved into different actions. In La Fortuna we meditated more and spent more time learning new skills. In Samara we played outside more. In Montezuma we collaged more. But in all parts of Costa Rica, apart from San Jose which was the main city, we spent plenty of time on our favourite hobbies and a  lot of time in cool outdoor shade.

Lui and Kenzo started playing this game in Isla Mujeres. As Ajay and I would work out near the playground, we hoped these two would play. Instead they began copying us. They began running around the playground and often would prefer for us to chase them; or fly with them as a rocketship or airplane; or drive with them as a train, car or truck. Around and around we would go, instead of playing on the actual playground.

Three months later in Costa Rica, they still loved this game and found dad was the best at it so they would pull him outside to run around the house, stopping every so often if they spotted a bird feeding on a flower or a lizard crossing the garden or a dog walking down the street.

In the Airbnbs where we had a backyard to play, we were able to incorporate water play. Sometimes Kenzo would ask me to make things like an X-Wing from Star Wars – thanks Carmelo for the suggestions! I only had paper and sellotape and Kenzo was very particular that it should have all the engines, wings and shooters that it needed.

Ajay started a system with the family where we had Blockers. Blockers were things we each wanted to complete as part of our own personal journey. For example, reading a chapter of a book, writing a blog post, editing a video, upskilling in photoshop. Each of us had a handful of blockers and each day we could contribute a pool whereby, once the family had completed ten blockers, we all could do mindless activity such as watching TV shows or getting on social media. We found that we all enjoyed our Blocker time so much, it kept us all in good spirits throughout the day. Perhaps it was also the feeling of accomplishment that we hadn’t wasted our mind on trashy information. Whatever the reason, Costa Rica was the seed of this Blockers family system.

Our Playtime Around The World 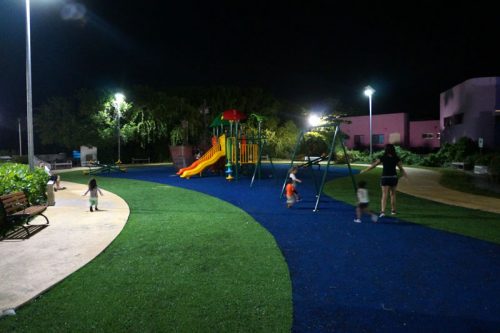 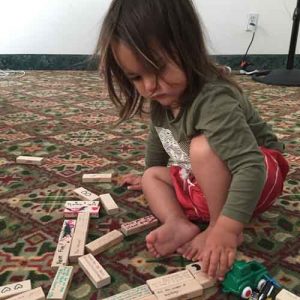 Choosing toys for a Sabbatical