For my not-so-brief journey of what it took for us to get to our sabbatical, here’s how it played out.

At the end of July we decided to start our sabbatical planning and take off around the end of September. At that time I hadn’t announced it to anyone but it was very emotional. I remember feeling super happy and excited and then scared about the future and then stressed about all the stuff that’s needs to happen and then excited again.

We setup our trello board with all the to-do’s so that we didn’t have a whirlwind of thoughts and to stop us repeating ourselves in discussions.

Initially I thought I wouldn’t have time for anything else but planning the sabbatical so I cancelled a lot of engagements and courses I wanted to attend. These were the main areas we decided we needed to sort out before leaving.

By our first weekend of deciding we had told our families. At this point we were still undecided about selling the house or renting it out and so we still hadn’t settled on a date. In our heads the end of September seemed to suit us so that we could celebrate hubby’s birthday in New Orleans.

We checked out one rental agency and two real estate agencies. We began distributing items from the shed so that it looked more clear and we listed some stuff on TradeMe.

We allocated bedding that could be used to cushion furniture and TV’s etc when in long term storage and of course we knew we’d have to keep the kids toys for when we come back.

Despite having a year of mixups from doing Airbnb’s every weekend we still had more that needed fixing. So we tended lighting issues and patched up areas that had been hidden behind furniture and painted walls.

At this stage we were working out how much to put into storage which also means paying for content insurance versus selling on TradeMe.

At this point I remember feeling quite relaxed. I wasn’t moving at the hectic pace I was in the prior year when was preparing the to put the house on the market (and then it didn’t sell!) That felt like a mad rush to the finish line. This felt like we were gliding along.

A Week After Deciding

We decided to sell the house. We figured we had nothing to lose. If we didn’t get the price we wanted then we rent it out. It had been a quiet market and there were only a couple of houses on available in our area and there were still quite a few buyers. We also decided we wouldn’t pay any marketing fees and the real estate agents had been competitive in their rates.

The agent was surprised at how much of a transformation our place underwent between 3:30pm and 8pm when he came to get us to sign some papers. It was all our Airbnb experiences and having put the house on the market before, that we managed to get our house from a dumpsite to show home ready.

In early August we decided October would give us plenty of time to organise everything. We had just had our first weekend of open homes and received a few offers almost immediately. We were continuing with the plan and had broken this list down into more detail.

We were finding out about the school curriculum for next year. Our friends had recommended Te Kura but we didn’t end up using them.

Most importantly we needed a plan for the first two weeks of travel. We decided that while we were away we could work out the next steps. This created a bit of unrest while we settled into the space of so much uncertainty.

Travel insurance and getting three new passports was added to the list. And by that end of the week we had bought our exit tickets from New Zealand to Las Vegas, which would be the gateway to Antelope Canyon.

Actually this wasn’t really in the middle of our organisation. This was three weeks before we were set to leave. We had booked our tickets for the first three destinations. It was to be a two week journey through Utah and Arizona, New Orleans and then Disney World. We had booked flights but no accomodation.

Using our trello list we had progressed slowly through a few items but we had pretty much been doing life as usual. With two weeks to go, I had hoped I would move out of the house in one week but we were still prioritising meetups and day-to-day stuff. The only thing we had properly boxed in preparation for storage was the stuff that had been in our storage cupboard.

With the departure date looming we still hadn’t worked out what we were going to take with us. We wanted minimal but our list seemed to keep growing and we still didn’t have any suitcases or backpacks to pack stuff into.

We ended up purchasing three 80 litre backpacks for the older kids and myself. I’d read reviews that all the zips could be a security issue and the straps could snag on conveyor belts but so far we haven’t had any problems with them. Hubby still hadn’t decided what he would use.

There were obvious things to pack such as toiletries and medicines and clothes. But it’s the extras that came up for debate. We had so many questions stirring in our mind.

For example, how many devices do we need versus want? We still need to homeschool plus work if we get any contracts plus it’s convenient to have a phone for taking pics and sharing them. And then there’s toys, we still need entertainment and stimulation for the little ones so how much is too much? What can I fit and what would be too heavy? We’re planning mainly warm climates so how many jackets or pants do we really need if we are only there for 10% of our trip.

At this stage I was already cutting down what I thought I would take because of how small my 80 litres actually is. Plus I was packing for myself and the youngest two.

One and a Half Weeks To Go

I remember being exhausted at this point. Everything was manic!

Hubby was working up until the last day and I still had to do the usual looking after children, feeding them, catering to everyone’s emotional needs.

I had boxed all the main items. But getting the older two to finalise their room was draining since they really didn’t want to be going. I should have been more sympathetic to their version of what packing up their room actually looks like. They have packed up so many times for an Airbnb but not for storage or selling a house. Anyway I was glad when it was finally over and they could go to sleep. Then I did the dreaded job of clearing all opened food from the cupboards. What a waste of so much. I didn’t have time to work out who to give it all to. Some friends popped by so I forced them to take a whole bunch of stuff.

We had eaten everything that was in the freezer but still had a few items in the fridge. I thought that by the time the fridge was turned off I would’ve moved out but there was still clearing to do once the movers had taken stuff.

I remember focusing on the fact that the end was in sight and I could catch up on sleep once we were on sabbatical. There were so many boxes piled up all over the house and in the kitchen. I had given stuff away to various people.

I was losing sleep, using daylight hours to do physical stuff and when the kids were asleep I was using that time to plan and book for our first few weeks of travel.

My focus was solely on getting out of the house which left little room for anything else. I’m surprised I still managed to say goodbye to those that I did.

In my head there was a plan and I was executing it but I was losing sleep to make it all happen. My immediate family felt the brunt of my sleep deprivation right right up until the night before we left. The older two were baby sitting more, the younger two were unsettled and clingy. And there was strain in every relationship.

I was doing physical stuff during the day like cleaning and packing and dropping things and appointments with doctors or dentists and farewell play dates. At night I was reading the fine print of insurance policies and registering for Visas and booking flights and accomodation and rental cars and helping with websites.

Those final little things left in the house were distributed with no logic: charity, throw or storage became blurred such that I don’t remember what ended up where.

When we had finally moved out and it was settlement day, I found myself having to get an urgent electrician in to fix something. Then when each of us was repacking the night before we left, all of us found half our stuff needed to go to charity so I did another late night drop.

Looking back at it all it’s incredible how much we accomplished in such a short period. It’s amazing how everything comes together in the end because it had to! I still got to do the things I wanted to do before I left even though I was losing sleep to do it but I wouldn’t have changed how it all happened.

Our Glimpse of Planning For A Family Sabbatical 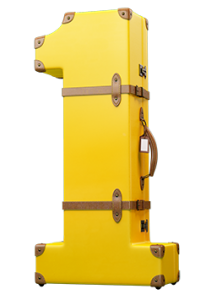