We decided that while on our extended family holiday we wanted to take time out to see as many family and friends as possible. Because we were in Germany visiting family, we prioritised Vannes which was nearby (on a global scale). And it was worth it.

Katie and Pat looked after us, showering us with food, showing us around town and incorporating us into their day-to-day life. Because Patrick is in Vannes working, Katie and Pat have formed a community with other ex-pats that have become their Vannes family.

One of Pat’s friends has three children that were similar in age to Kenzo and Lui. Him and his wife invited us over for a typical kiwi bbq. It was heartwarming to experience that hospitality for two reasons. One, it was awesome to socialise with kiwis and have familiar food after being away from home so long. And two, it showed us how tight the bonds are with their Vannes family.

As much as soccer is a main sport in France, rugby union gets a lot of interest in Vannes. It’s not as big as in New Zealand but in Vannes, a rugby game will fill the Stade de la Rabine, which by the way means Rabbit Stadium. How do we know that? We got to watch one of Patrick’s games while we were in Vannes. Unfortunately he was not playing that weekend but that meant he got to sit next to us and watch the game.

They compete in the French league system recruiting a lot of international players. A particular percentage must be French. They’ve been progressively improving each season, finishing fourth this year. Patrick plays hooker and embarrassingly is listed as an Australian because he transferred from the Melbourne Rebels. He’s obviously kiwi.

Coming from rugby crazy New Zealand, and knowing the French are soccer crazy, it surprised us how much this French community enjoyed rugby. As we walked the city streets with Patrick, we often lost him in the crowd because a fan would stop him to have a chat about the game. Pat’s French was amazing. One year in France and he was conversing in fluent French. He didn’t think his French was very good, and he still attended his French classes twice a week, but I think that’s more because the French are very particular about pronunciation and less forgiving regarding grammar (although his fans didn’t seem to mind!).

The stadium fills up for each home game. The crowd cheers, chants and waves flags. The locals know their star players. The wind pipe band plays music that the crowd sings along to. In fact, another interesting fact about Vannes is that they have bag pipes, just like those of Scotland, which are part of the Brittany heritage. Another close link to it’s Gaulish past.

Although the Vannes rugby club (VRC) has it’s own symbol, the locals love flying their Brittany flag which are the black and white horizontal striped flags. This is where the famous black and white striped French long sleeve tops are from, and you’ll find them in any souvenir shop.

Spending time with Pat and learning about his rugby career in France, opened my eyes to what life is like for many of the ex-pats in France. Some of them, like many sports stars, don’t plan well for their future and aren’t ready for life beyond their sports career.

He explained to my completely rugby-ignorant-self about the high standard of training in New Zealand and Australia which includes sports psychology, mindfulness, nutritious eating, proper physical care, handling public relations, financial awareness and even took care of supporting players to up-skill in preparation for life beyond rugby.

For those who didn’t train in New Zealand or Australia, the sudden change in pay, stardom and lifestyle is glamorous and a culture shock. But it could be debilitating years down the track for those that don’t have the forward planning. It reminds me of a Mohammad Ali interview where he talks about how he spent foolishly on things he didn’t need which depreciate in value quickly. He said he came from a poor background and wanted the things he could never have growing up. Once he had those things, he realised the waste and began saving and investing for his children and his grandchildren’s future.

Fortunately for the Vannes family Katie and Pat have created, they’re able to support the newbies so that they make better decisions now, for their future.

Vannes was the first time we needed a medical visit while we’ve been on our family mini-retirement. It happened while we were all hungry and ready to go to a Chinese buffet. Carmelo and Giselle were doing their usual antics when Carmelo jumped off a block, missed a landing and smacked his shoulder on the ground.

He had heard the crack and tried to carry on but before we could sit down to dinner we realised he had broken his arm. One of Pat’s friends came to pick us up from the restaurant while Pat and Ajay took Carmelo to the hospital. A few hours later, they arrived home; Carmelo in a sling and Ajay carrying the x-ray of a fractured arm.

Our Glimpse of Vannes 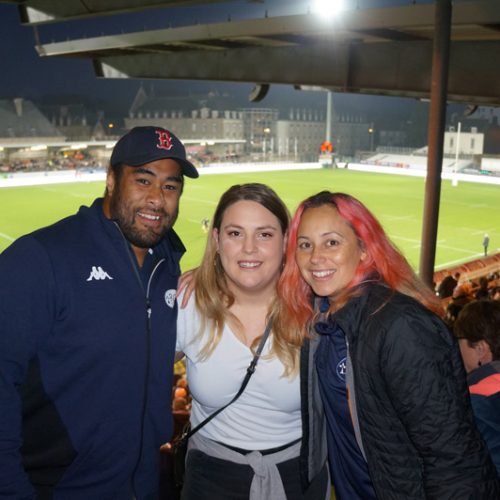