We had the opportunity to go to a Fasching parade in a town close to Memmingen which was unlike any parade I’ve ever experienced.

The Catholic celebration of Ash Wednesday often has a Fat Tuesday, Shrove Tuesday, Mardi Gras type celebration before it. Germany has two versions of this Karneval and Fasching. We had the opportunity to go to a Fasching parade. The concept of fasting during Lent began as a way of curbing the sinful practices of the Middle Ages. Bishops decided that during Lent sinners could give up worldly pleasures in preparation for Easter. These days Catholics tend to associate Lent as a time of giving up favourite junk foods or starting a habit of charity or some other noble act.

In Bavaria, where Memmingen is, locals celebrate Fasching. Lots of people gather in costume ready to watch the parade.

The parade had floats, marching bands and marching groups.

Each community that enters the parade creates their own custom mask – and they’re all scary. Some of the groups have live music, some perform skits, and some chant.

All groups will give lollies to the children. Our little two were scared of these people until they learnt that the scary people were giving them lollies.

Apparently, when Lent first began, people used to wear masks so they could play tricks on people without getting in trouble. But the part I loved about this parade was how interactive it is. The mask wearers will sometimes play tricks on you. Some put paper confetti in our hair and one of the paraders grabbed Jennifer’s arm and dragged her down half the parade with him. Some of them chant and expect the crowd to chant the reply.

I had one scary mask come up to me and teach me a chant – I had no idea what I was saying because it was in German – but I earned some extra lollies for Lui when I shouted it nice and loud!

Our Glimpse of Bavaria 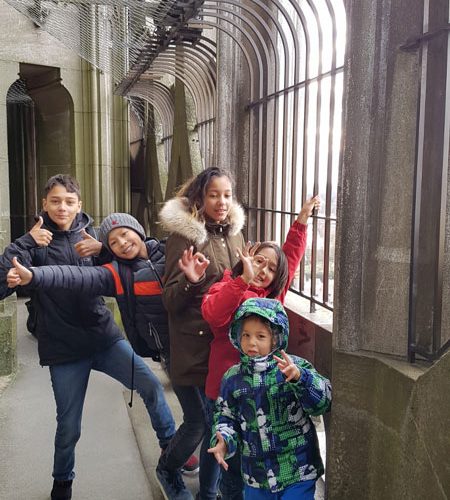