Is Serbia Safe For Families?

As part of our world travels, we decided to spend a month near Belgrade. For some people, they asked “Is Serbia safe?”.

Being part of the Balkans, with recent wars and bombings, plus seemingly regular issues between Serbs and Albanians around the Kosovo border, we had some friends and family worried about our choice to travel there. They questioned if it was safe for us to be heading to Serbia. Fortunately, we were nowhere near Kosovo when there was some conflict, but from what I’ve read, tourists are not a target in these areas.

Others were questioning if it was safe for a family to be in Serbia from the perspective of crime, given that Serbia has a high poverty rate, compared to it’s nearby Western European countries.

As a family of two teenagers, one preschooler and one toddler, we have a variety of ages of children to cater to as we travel from country to country. Serbia was no different. One teenager wanted to go shopping, one wanted to watch American movies as soon as they were released worldwide, and the other two wanted to go to playgrounds. Meanwhile, mum and dad want to explore cultural, historical and interesting places that Serbia has to offer. All this means a lot of travel and exploration, allowing us to familiarise ourselves with the local areas and the touristy areas.

While in Serbia, we explored Belgrade, also known as Beograd, Novi Sad, Usce, Zemun, which are very urban areas. We also became familiar with Batanica and Novi Banovci, very rural areas set amongst farmland. Here’s what we found.

Wherever we went, whether it was being lost in a random suburb from catching the wrong bus or being outside a city mall at 10:30 at night, we felt safe. At no point did we feel in danger. But here’s the thing. We move as a family and as we have travelled the world, we have noticed that people are very caring and helpful towards families, particularly if you have younger children.

We also found that people were very friendly. While they may appear serious and perhaps stare at you, if you look like a foreigner and you’re hanging out in local areas, if you ask for help in any way, they appreciate being asked. We found people very willing to give up their seat for our little ones on public transport. We found shop keepers will find someone who speaks English to help us understand what they are saying. We found people on the bus making sure we get on the right bus or get off at the right stop, even though they don’t speak a word of English. So as a family, our experience of safety was great. We felt very looked after.

The only thing I would say about safety, is regarding highly touristy areas. Regardless of what city you are in, if the area is full of tourists, then the area will attract pick pockets. We didn’t notice anything dodgy in the main streets of Beograd, known for pick pockets. But we are often distracted by running after a toddler or catering to the whims of a four year old.

My personal recommendation is to not do anything that you wouldn’t be comfortable doing in your own home town. For example, we didn’t walk around alone at night or go down dark alley ways after dark.

All in all, if you want to check out Serbia, then be sensible and your family should be fine.

Our Glimpse of Serbia

An Australian Angel From Novi Sad 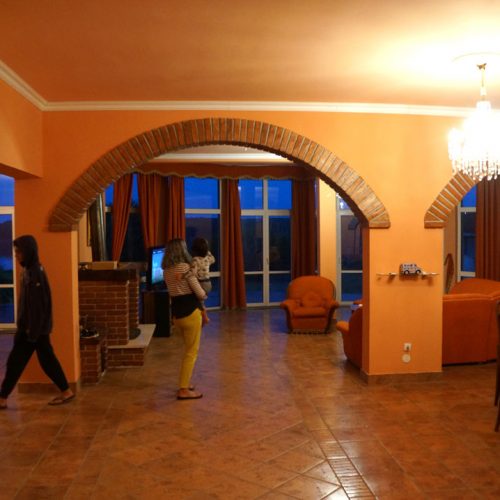