We decided to start the day here at 9am so again we had to catch the 8am bus shuttle to the park. This time we were dropped directly to the park.

Unlike Paris where you could walk between the two parks, Disney World is si massive you have to catch a bus or use the monorail to go between parks. It didn’t matter to us today though because we were only doing one park a day.

Again we booked our Fastpass the night before so we missed the good rides but as it turned out it didn’t matter. We were there early enough to do two awesome rides in the first hour.

We went straight to the MacJagger ride which was completely adrenaline pumping.

Then it was the Tower of Terror which freaked me out. I get very fidgety when something is scary and I start clutching the person next to me. This time it was my oldest. He was not impressed! It got so bad he said “Stop touching me!” so loud that I heard people laughing. 😅 My daughter was so grateful she was not with me so she didn’t get embarrassed by my antics.

By this time we had to do something for our little ones so we went to the Toy Story section of the park. There were three awesome rides: The slinky dog roller coaster, Alien Swirling Saucers and the Toy Story Mania ride – an interactive shooting game. All three were lots of fun but unlike Disney World there was hardly any shade here so queues were exhausting often standing in the scorching heat.

This park had lots of its characters out and about for photos including Woody, Buzz, and Storm Troopers.

It also had a Walt Disney museum which was interesting and well air conditioned so it was great for cooling off.

One thing we did well here was pack water bottles and snacks. We didn’t buy any food here at all. These theme parks tend to have junky food that is very expensive. However water is free and there were loads of drinking fountains everywhere.

Having exhausted ourselves the day before from Disney World The Magical Kingdom, we decided to call it a day at 4pm.

We caught the shuttle back to the hotel and had a nice cool off swim session in the pool. 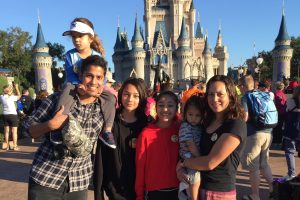 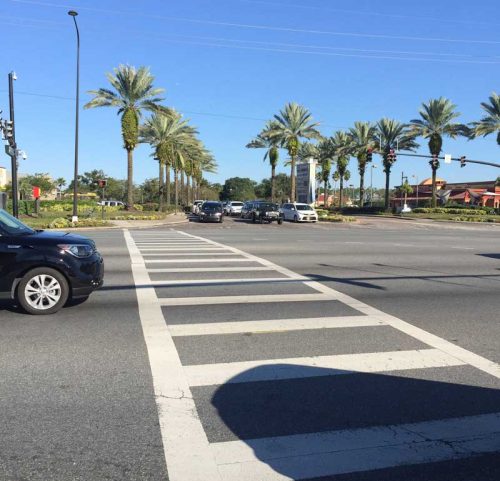 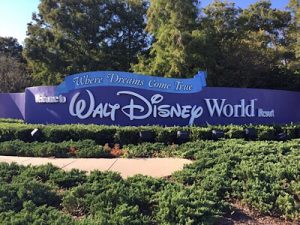