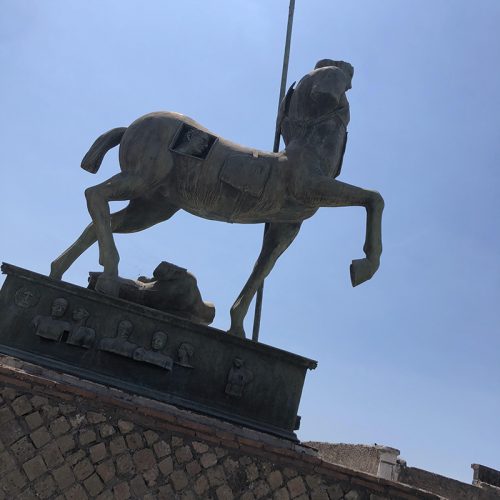 As I travel through the world studying the ancient and recent history of a place, I can’t help but think of how little humans have evolved over 3,000 years.

When the Etruscan used their brilliant aqueduct systems to supply water to their towns and irrigation to their farms, I’m sure they had no idea of the environmental impact it would have on their aquatic life. Let me explain. Aqueducts helped to dry out marshlands on the west coast of Italy many thousands of years ago. Marshlands and any swamp areas are important eco systems as worded by the Australian Department of Agriculture,

“They protect our shores from wave action, reduce the impacts of floods, absorb pollutants and improve water quality. They provide habitat for animals and plants and many contain a wide diversity of life, supporting plants and animals that are found nowhere else”.

At a small scale, I’m sure the Etruscan was not doing too much damage, after all, they were a small population. But once the Ancient Romans began using this technology all over their territory which surrounded the Mediterranean Sea, the damage would have been significant. Imagine being able to provide water to the thousands of inhabitants of Rome using this amazing aqueduct system. This surely would have impacted the flow of rivers and lakes for neighbouring towns of any of those aqueducts.

So while the technology is impressive, it shows that even back then, there was no awareness of the impacts humans have on their environment.

Whether 2,000 years ago, 500 years ago or yesterday, we are still seeing problems of sexual abuse, particularly of children. Many Ancient Greek and Ancient Roman thinkers condemned the sex with little boys, and of course, they were only talking to the men: women were not considered part of the conversation. They also condemned rape. Sad how we still have to teach this.

Interestingly, Etruscans are one of the only civilisations I have come across that put women and men on equal ground. Unfortunately, most of that seems to be erased from history. We are only finding out about their civilisation because of new excavations in the last few decades.

It seems the Ancient Greek and Ancient Romans were not proud of that aspect of the civilisation they had conquered. They took all their technology but not their values.

But that is looking too far into the past. As I researched the Middle Ages we see Monasteries allowing men to study but not women. And even during times of reformation, there were kings such as King Henry VIII who valued an intelligent wife, but made sure she knew she was always inferior to him.

And as much as we think we live in an equal society in NZ, I interviewed for a role, was accepted and when I told them I was pregnant, I never heard back from those men.

We feel sad when we read about Brazil taking land from indigenous tribes. But we don’t care about the unique languages and cultures in Mexico and Australia where the exact same thing is happening right now. I wonder why  we care about Brazil – is it because of the rainforest being destroyed that impacts the whole world?

The only reason we have that problem is because throughout history humans preferred deforestation of their beautiful natural environment instead of preservation. They prefer mining instead of saving what is sacred.

Think about why Spanish and Portuese is so common in South America – where have all their indigenous people gone? And why English and French dominate the Pacific Islands. And why Mandarin dominates China. The indigenous people have been swallowed up and spat out, their land has been stolen, their culture has disappeared, and for most of these indigenous people still alive today, they are living in extreme poverty with no rights to vote or act against the damages inflicted on them daily.

Probably the dumbest part of our human race is how easily we are distracted from real problems in our society, favouring short term gains thrown at us by the powerful manipulators of our “civilisation”.

In Ancient Rome we saw the wealthy elite building beautiful colosseums, paying for circuses and bread, using slaves and animals to fight each other to the death, as a tool of distracting the huge poverty stricken towns and cities, so that they do not riot and demand something more – who knows what they could’ve asked for: more clothes, fair pay, equality, freedom from bondage. Instead, they maintained their downcast status and watched blood thirsty sports eating free bread.

Today we Youtube, Netflix or zombie out in front of our screens, in favour of going out into society and actioning against our social injustices. With all our access to our screens we don’t even bother signing a petition or donating money to worthy causes that benefit everyone. Instead we choose ignorance and suppress any thought that might get angry at the way power hungry people keep taking at the cost of the majority.

Where was I going with all this? I think I just needed a rant about how stupid the human race is. The only fix is for each individual to elevate to their highest spiritual potential and keep striving to be an open minded individual who wants to learn about the world and be a better person, who wants to love each and every individual and who is willing to take action for those who cannot take action themselves.

Our Glimpse of Italy